Shaping Public Opinion captures the essence of the debates that stemmed from the First International Symposium on Media and Cultural Studies. The volume claims that the notion of public opinion is elusive and fuzzy, necessitating certain frames, ideological and political ones in particular, for a better grasp of its nature and scope. Besides, this notion has long constituted the concern of scholars from different horizons, probably starting with Plato, Aristotle, and later Hobbs and Jean Jacques Rousseau, who conceived of public opinion as people’s long standing social practices and behavioural traditions. By modern standards, the notion has acquired new meanings, all of which are as innovative and avant-garde as puzzling and baffling. 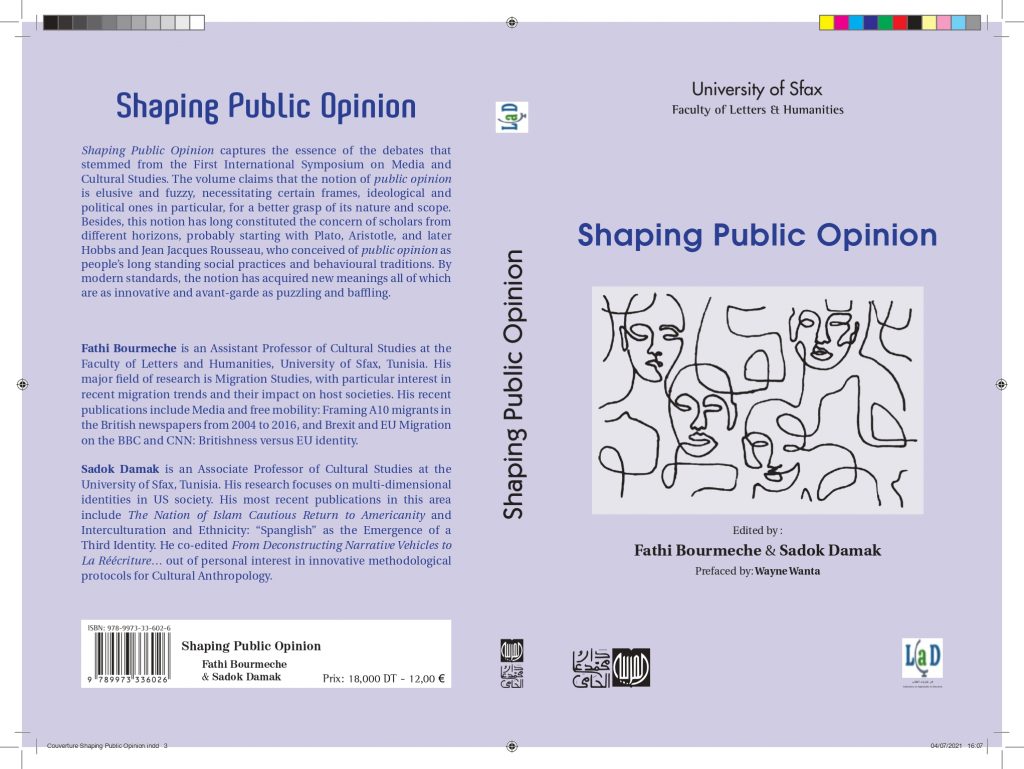